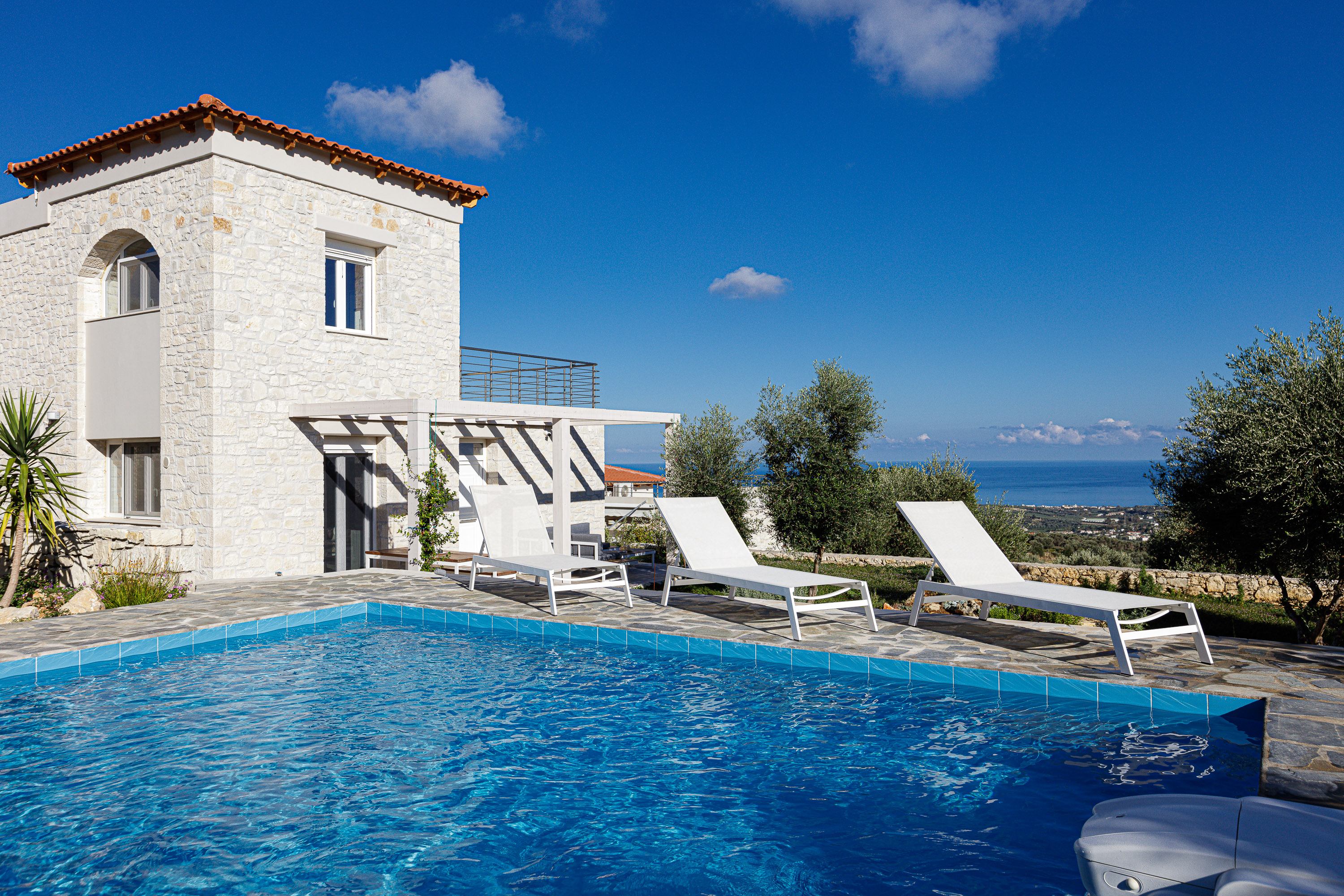 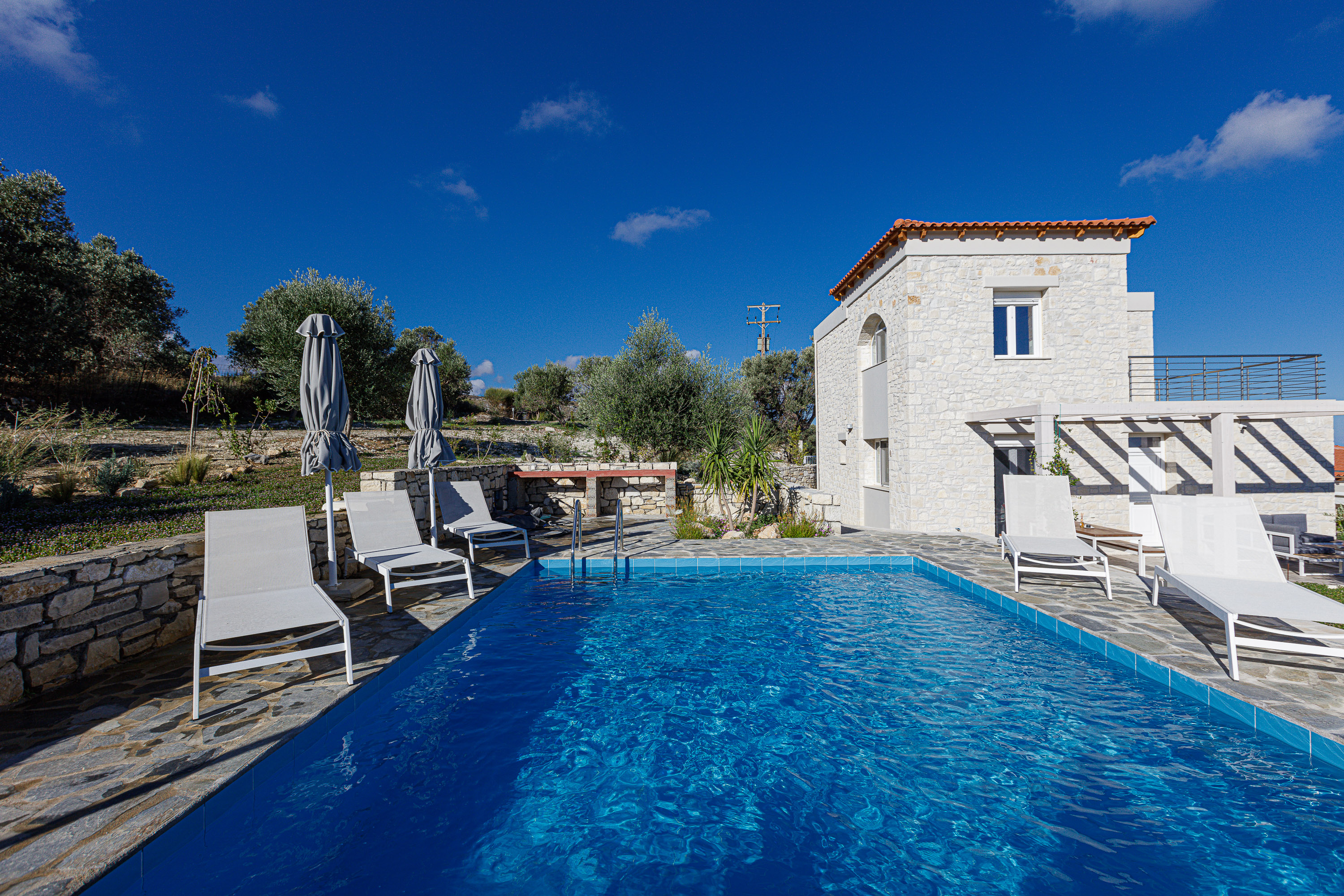 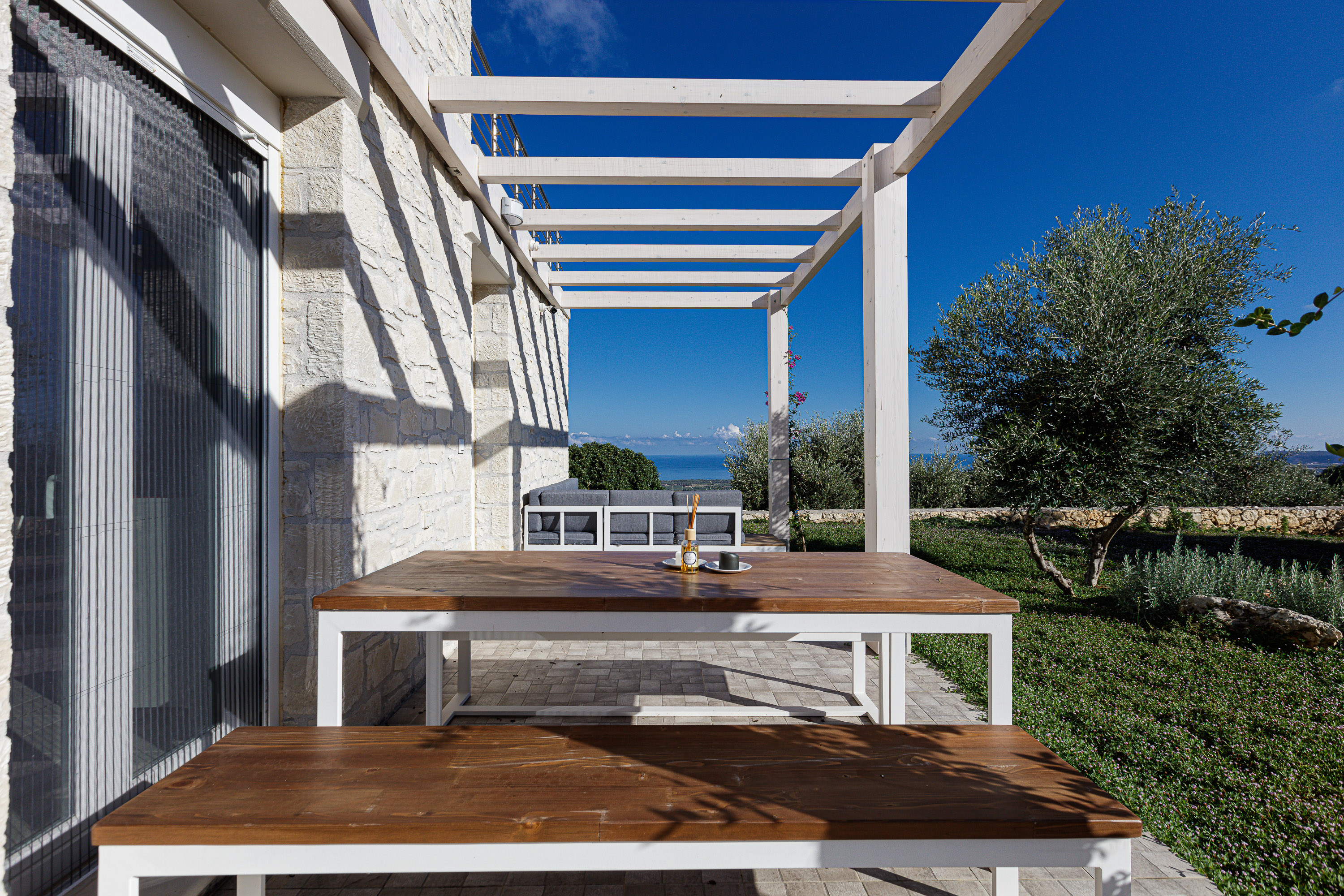 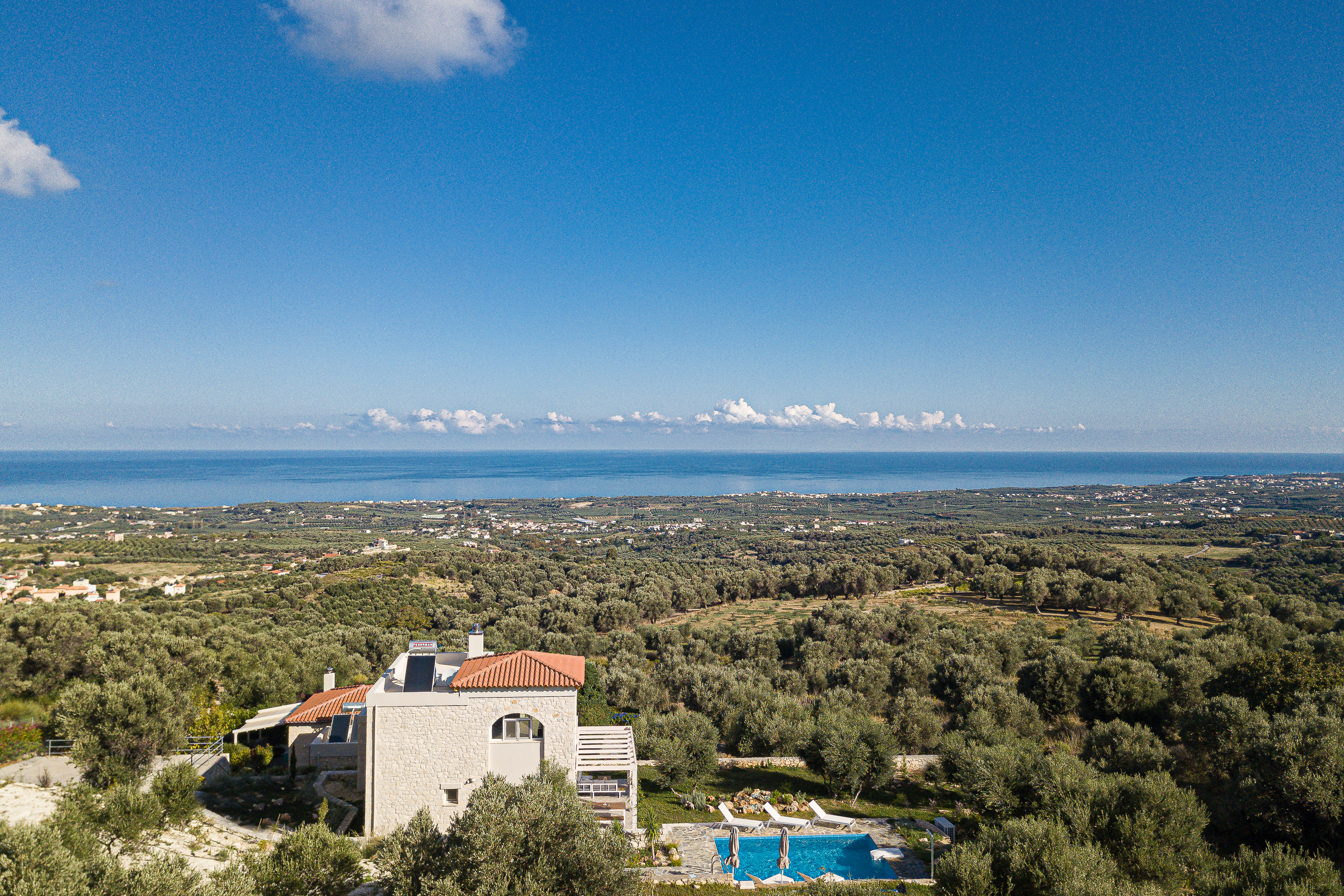 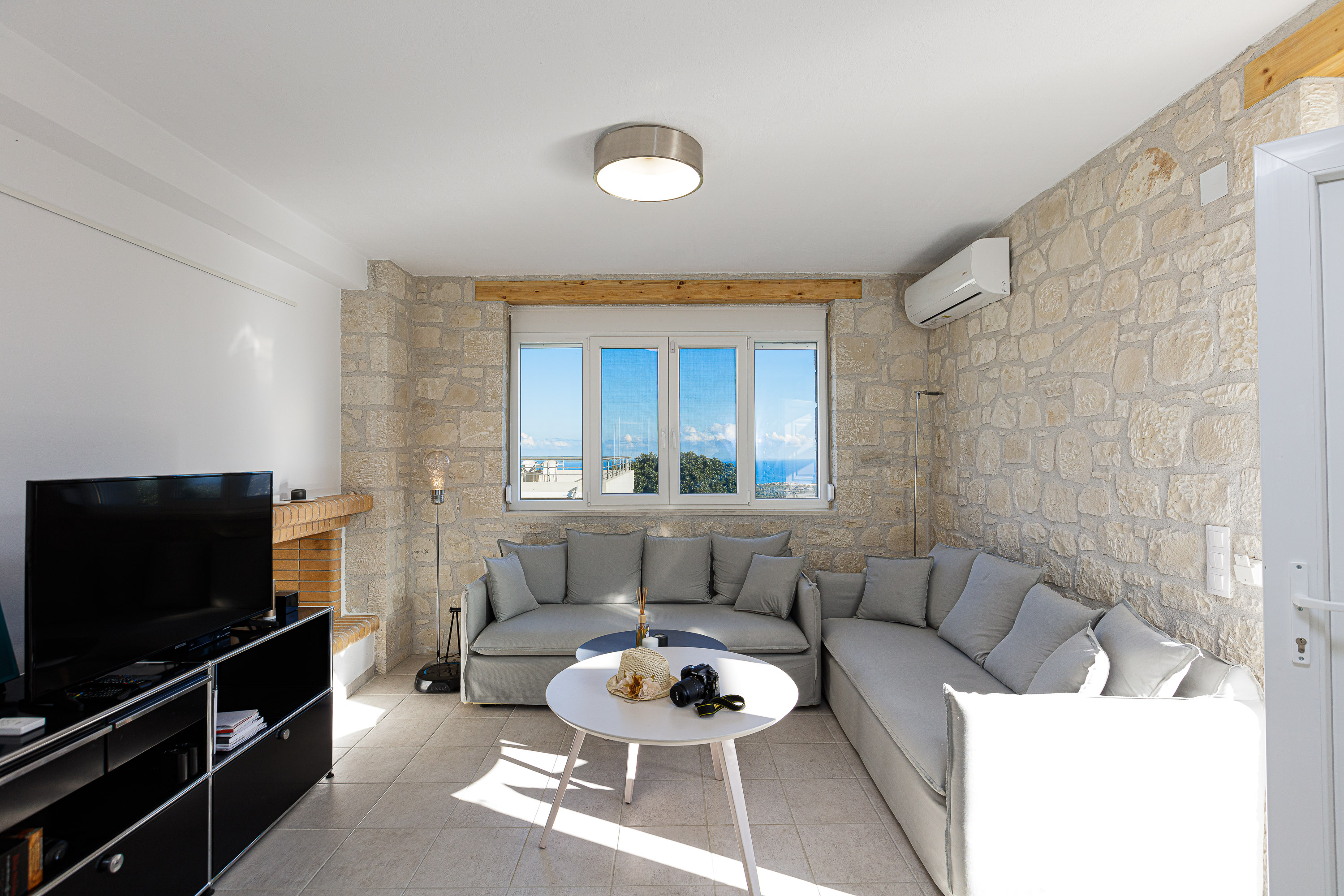 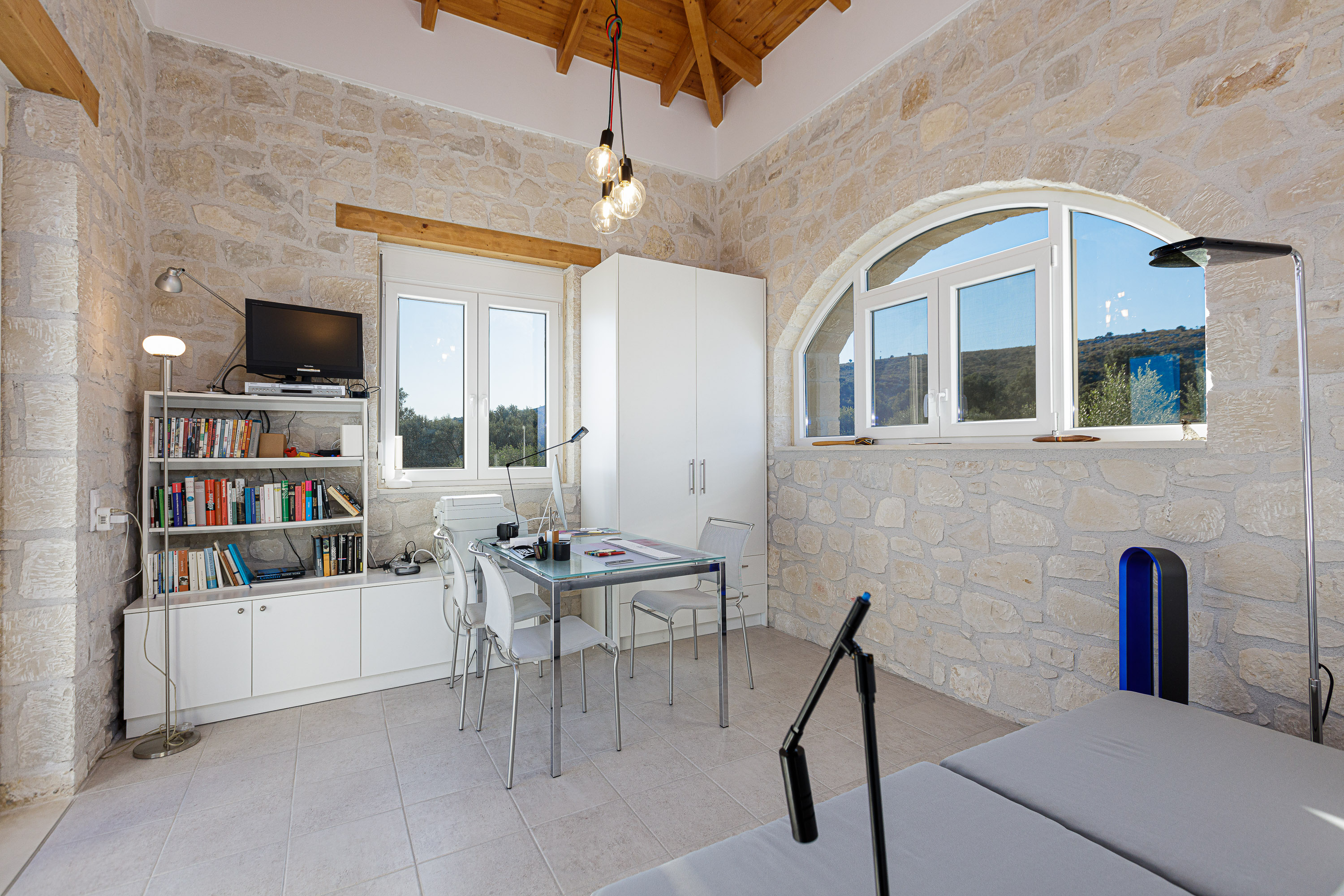 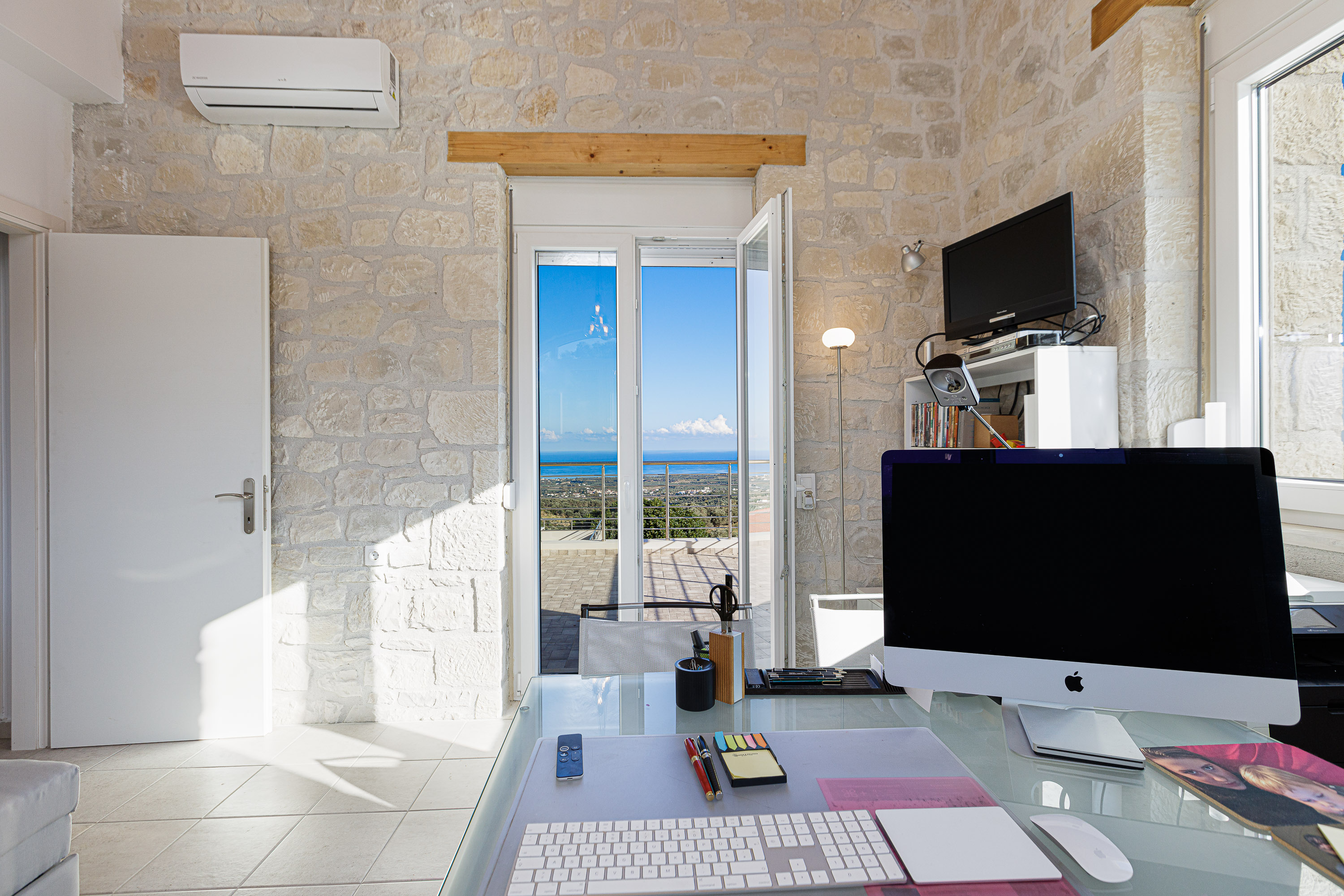 The villa has three bedrooms, two bathrooms are energy class B, the frame is stone, and the German owner is very pleased with the result. The owner trusted our company from the beginning to the end.

For years we went on vacation to isles and were looking at the local possibilities to go and live there in the near future. Every now and then we returned to Crete until we decided
for Crete to be our new homeland. Back in Belgium, at a Second Home Fair in Kortrijk, we made appointments with 3 different firms to have a look at the possibilities.
The 1st firm did not show up at the appointment, the 2nd was only interested in making us sign a contract. With the 3th firm, Domisi, things were different from the first moment. They send a very nice English lady, Maggie, to show us around. First we visited a site where  the firm were constructing 4 different types of houses (in concrete) which we could visit  'to get the feeling'. When we had made a choise, we visited the same  type of house that was  completed and lived in, again 'to get the feeling'. Afterwards she showed us plots in the south of Crete and even the same type of house (under construction) but stone-built.
All the time she let us look around without being pushy, even stayed aside except to answer the questions we had; not for one second we felt hurried-up.
We did find a nice plot in Selia (above Plakias), went back to Rethymno, and decided to sign a contract for a stone-built Ira.
Back in Belgium we could follow-up the building by the way of photo's they put on their internet-site everytime something had changed.
After the house was completed (on time, which is I believe rather strange in Greece) we got over to Crete, went to the house (which was completely cleaned!!) to inspect whether everything was O.K., got the keys...
[Domisi asked us to give them a call in case something was not O.K. (we could not find anything, so...)]
Even 2 years later when we found something that as not O.K. they came over and fixed the problem for free (now, years later, in case we have questions about something, we can still rely on  Domisi).
Meanwhile we are living there and are still very happy about our choise: the house is O.K., the service was and is O.K... who could ask for more? Furthermore: meanhile we know a couple of English ladies who are cleaning houses in the area and they told us they can pick out the houses build by Domisi by way of the quality. That means a lot! 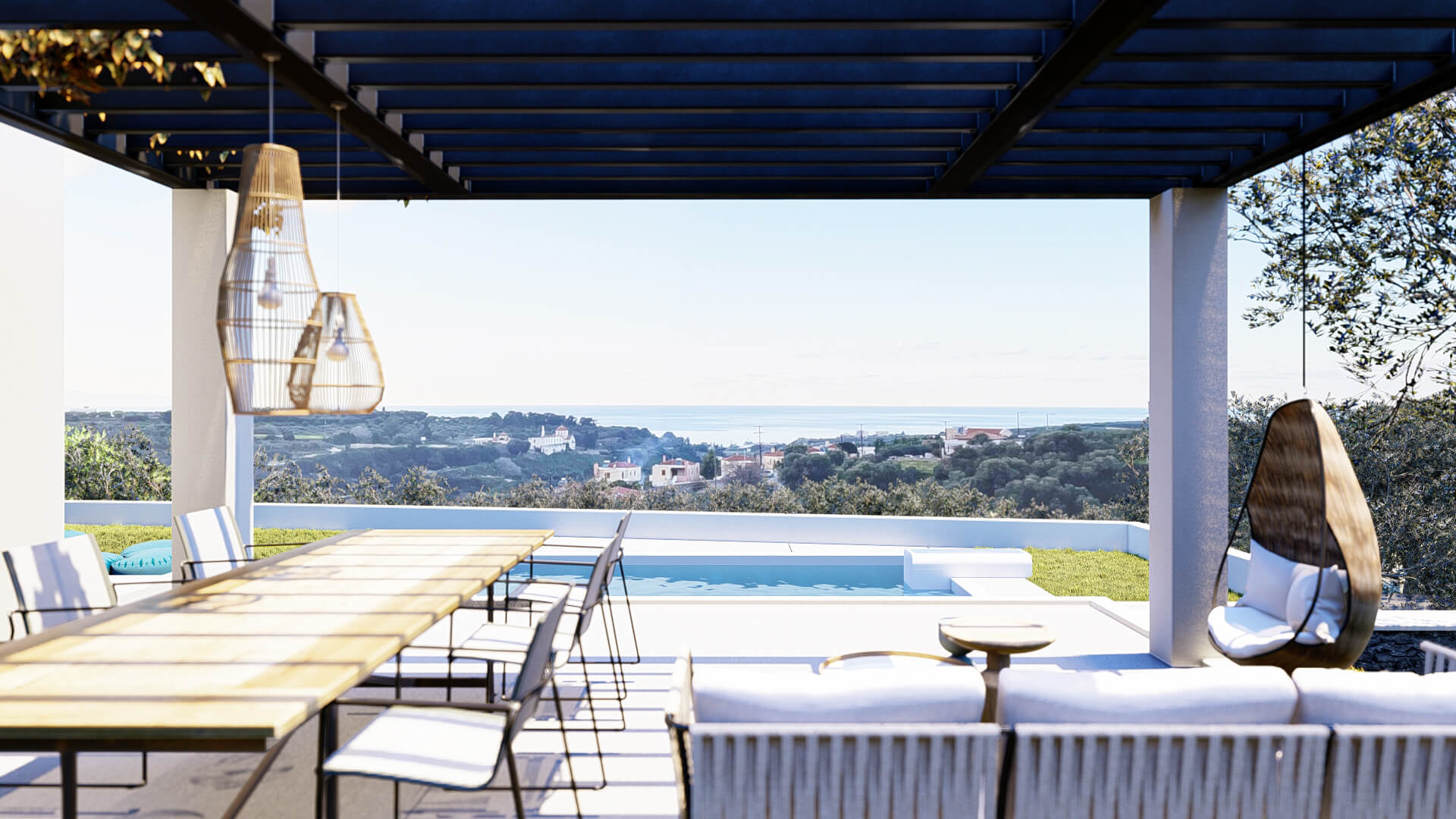 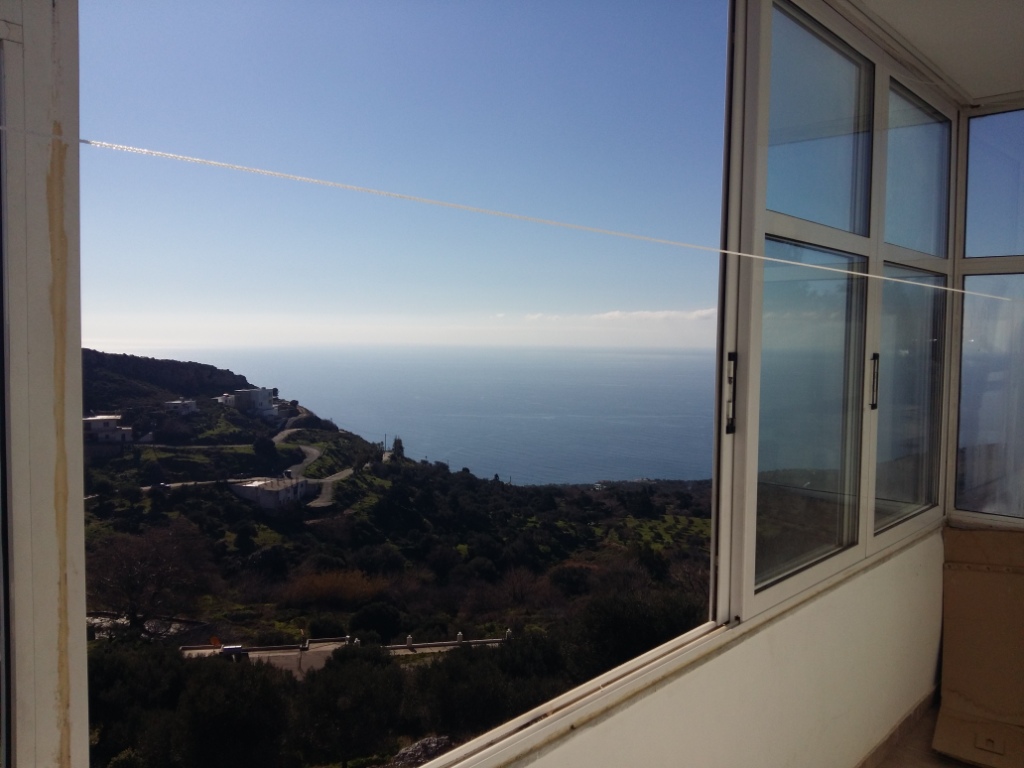 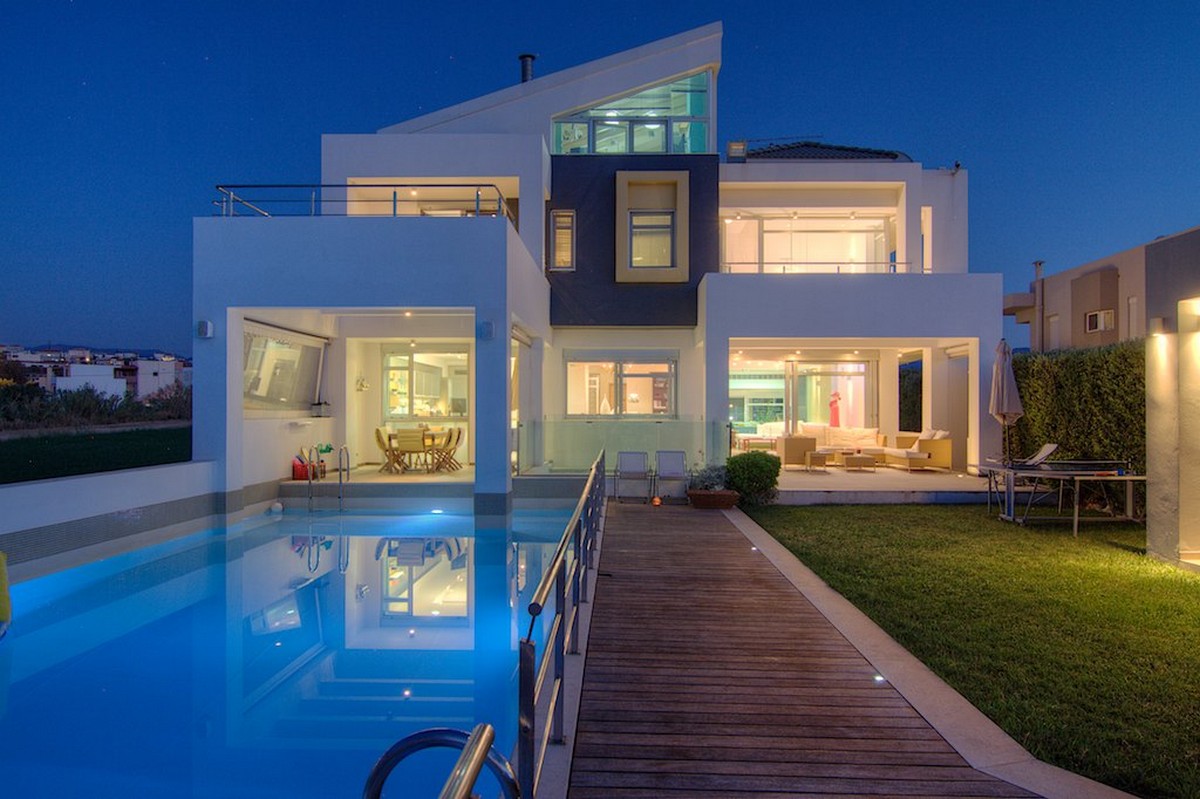